Lighting can be the one thing that makes a big difference in how people perceive your home. It can dramatically change the way a room looks and feels, plus it can even create mood and add size depending upon how you use it. This use to be a more expensive endeavor but now it can be done with a relatively new technology that can actually end up saving you money. This can be done with led lights.

Led lights are amazing bulbs that are made to be highly durable, ultra energy efficient and generate less residual heat. The result of this was a bulb that was all of that and truly so much more. First created in the 1960s the evolution of led lights over the next several decades resulted in the creation of the ultra bright led light. With this, and a decreasing in manufacturing costs, the bulb we have today was created and is able to do many fantastic things.

To begin with you can use these long lasting led lights in just about any setting. Because they do not use a filament, as other more traditional bulbs do, they are not subject to the negative effects of things like vibration, impact or other environmental factors. This means that led lights can be effectively used in places that you could not typically use light bulbs, such as underneath cars and motorcycles, or used in RVs and boats.

Then there is the fact that they are highly energy efficient. You can replace a 40 watt bulb with led lights that give you the same amount of great illumination with only using 1.5 watts. With the standard house using as many as 40 bulbs this alone could be a fairly large amount of energy savings. There are some people that are saying that they have been able to replace their home lighting with led lights and cut their lighting expenses down to just 10% of what they were previously spending.

One of the most challenging aspects to led lights, and yet at the same time the greatest, is the expense it takes to purchase them. Traditional bulbs will only cost you a couple of dollars where led lights are often $20 a piece. This may seem like a lot, but when you take into consideration how long they last you can see that they are the better path to take. Standard bulbs will only last you months of usage, where led lights will last you decades. You can install one of these bulbs and literally never have to replace it during your stay in that home. It is estimated that over the course of your lifelong stay in a home you could save as much as $10,000 in bulbs by going with led lights. They are truly the future of lighting. 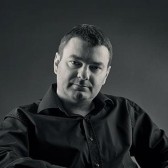